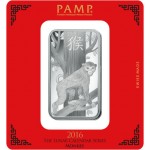 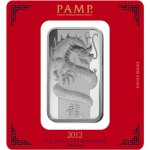 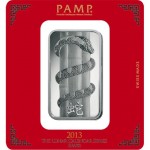 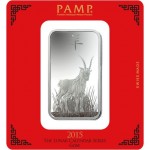 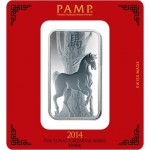 Precious metal collecting is one of the oldest known hobbies, and it was once practiced only by nobles and royalty, earning it the nickname “king of hobbies.” People become collectors for a variety of reasons — to learn the history behind each piece or to display their collection — but recently, the growing trend in purpose for this hobby is that it makes for a great investment when talking about owning physical silver.

Commemorative series offer anticipation and eventually satisfaction when you’ve finally collected the last piece. They also add value to your investment portfolio as single pieces or a completed series. Representing each of the twelve Chinese lunar calendar signs, the Lunar Series Silver Bars are smart investments to diversify a portfolio, and they also serve as great conversation pieces.

The Chinese lunar calendar, also known as the Chinese zodiac calendar, translates to “circle of animals.” The calendar consists of a twelve-year cycle and features twelve animal characters. Each animal represents qualities that, according to ancient Chinese tradition, those born under each sign will likely have, as well.

The zodiac calendar remains popular to this day, not only in China and other East Asian countries, but also has influence in western astrology. The Lunar Design Silver Bars commemorate the popular signs of the Chinese lunar calendar with a series of collectible silver pieces that feature an engraving of the year’s representative animal.

One of the hottest design concepts of the 21st century, Chinese Lunar Year bullion gained a steady foothold in the industry in 1996 when the Perth Mint of Australia launched a collectible series of silver and gold coins known as the Lunar Series Collection. Offered with limited mintages figures only during the year that matched the animal from the Zodiac featured on the reverse, this coin series was so popular it spurred the Perth Mint to launch Lunar Series II with fresh designs in 2008.

Since that time, the Royal Mint of England, Royal Canadian Mint, New Zealand Mint, and refineries such as PAMP Suisse have gotten in on the game as well with their own lunar-themed products. PAMP Suisse Silver Lunar Bars are the leading silver bars for sale online that feature Zodiac-themed designs. Similar to their silver bullion coin counterparts, these designs debut during the year matching the animal on the primary surface and feature date marks on the assay cards, a rarity in silver bullion bars.

Introduced in 2012, the PAMP Suisse Silver Lunar Bars are available with new designs for each year on the Chinese Lunar Calendar. The designs in this series include the following concepts:

PAMP Suisse offers the Silver Chinese Lunar Bars in a variety of sizes, but the most common options include 1 Gram, 1 Troy oz, 10 Troy oz, and 1 Kilo. The packaging for each bar typically includes an Assay card from PAMP Suisse that includes the date mark matching the animal’s place on the Zodiac.

Please feel free to reach out to Silver.com if you have questions when you buy silver bars online. You can call us at 888-989-7223, chat with us live online, or email us directly.