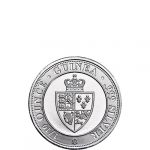 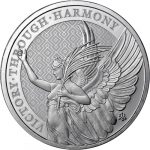 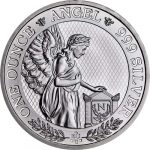 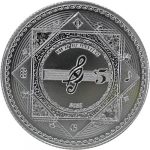 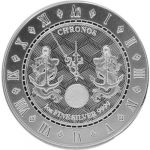 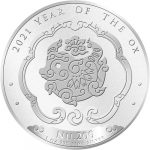 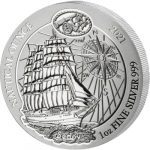 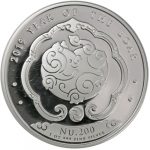 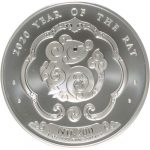 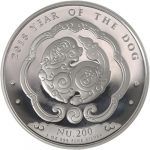 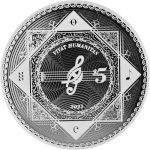 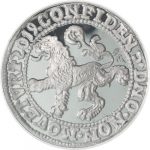 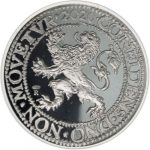 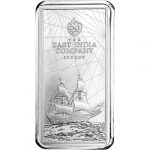 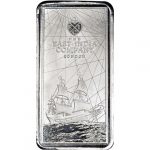 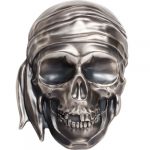 The United States Mint is recognized around the globe as one of the finest facilities in the world. Though its coins are highly regarded due to the coin processes and silver content used by the Mint, there are countless other Foreign Silver Coins struck by government facilities across the globe. In fact, many foreign mints produce coins which are on par with those struck by the United States Mint.

The variety of silver coins produced around the globe is almost endless. In order to be considered as part of this category page, a Foreign Silver Coin must be produced by a national mint in another country. Foreign Silver Coins range in purity from .900 to .9999 fine silver depending upon the mint and coin series in question, with the vast majority struck in at least .999 fine silver.

The leading program of silver and gold coins from the Caribbean region is the EC8 Series from the Scottsdale Mint. This robust collection features a total of eight designs per release year, with each design representing a member nation of the Eastern Caribbean Central Bank. The 2018 date-marked coins launched the series with individual designs for Antigua & Barbuda, Anguilla, the Commonwealth of Dominica, Grenada, Montserrat, Saint Kitts and Nevis, Saint Lucia, and Saint Vincent and the Grenadines.

Each of the coins in this series features a silver bullion, colorized proof silver, gold bullion, and colorized proof gold option. The coins have a face value backed by the Eastern Caribbean Central Bank.

Prior to the release of the EC8 Series, the Scottsdale Mint issued one of its first Caribbean silver coins for the nation of Barbados. The Barbados Trident Silver Coin is a four-coin series that launched in 2017 with shared obverse and reverse design elements. Each of the issues in this series has a limited mintage of 30,000 coins and are housed inside of protective plastic capsules. The coins have a face value of one dollar backed by Barbados and feature the same designs each year.

On the obverse of the coins is the seal of Barbados. This intricate design includes the national shield with a bearded fig in the center and two Pride of Barbados national flowers in the upper corners. The shield is supported by a Dolphin fish and a Pelican with a helmet above the shield that features a hand emerging from the top clutching sugar cane, the most prominent crop on the island.

The reverse side of Barbados Trident Silver Coins includes the national symbol from the Barbadian flag. The flag includes a broken-off Trident head. The Trident was viewed in the ancient world as a tool of Poseidon to control the seas. The fact that the Trident is broken indicates the nation’s break from Great Britain in 1966.

In the background field, you’ll notice other design elements. All coins in this series have stippled border areas on each side and the coins have varying backgrounds. The 2017 debut coin and the 2019 coin have wave lines in the background, while the 2018 coin has a hammered finish to the background of the reverse side.

The Rwandan Wildlife Series stands alongside the Somalia Elephant collection as one of the most robust and diverse options for silver buyers. The collection debuted in 2008 and shares a common obverse design along with certain common reverse design elements. On the obverse of all of the coins in the Rwandan Wildlife Series is the coat of arms for the Republic of Rwanda, along with an inscription of the Central Bank of Rwanda in the local tribal tongue and the face value of the coins in Rwandan Francs (RWF).

The reverse face of Rwandan Wildlife Series coins share some common design elements. These include a geographic outline of the African continent with inscriptions of “African Ounce,” a date mark, and “1 oz Fine Silver 999.” The animals native to the African continent are featured in the lower-left of the design field and typically capture a depiction of an adult and young member of a particular species. Available designs include the following:

Following the impressive performance over more than a decade of the Rwandan Wildlife Series coins, the Republic of Rwanda got another coin series issued on its behalf in the form of the Rwandan Lunar Ounce Series. The Rwandan Lunar Ounce Series follows the characters of the Chinese lunar calendar with new designs each year matching the animal featured on the Zodiac for that date mark. Each of the coins has a shattered-glass background appearance on the obverse side of the coins with a mosaic of small tiles helping deliver that shattered-glass effect. The coins are housed inside of individual plastic capsules or sheets of 10 coins.

The reverse side of each coin has the seal of the Republic of Rwanda. As with other Rwandan silver coins, this side also features inscriptions in Kinyarwanda, the native tribal tongue of the Banyarwanda cultural group that is the most populous within the nation. The coins have a 50 Francs (RWF) backed by the Central Bank of Rwanda.

On the obverse side of the coins there is a new design each year. The collection launched in 2017 and includes the following designs:

Rwandan Lunar Ounce coins are available each year in bullion and proof options. The bullion coins are offered in silver and gold with no mintage caps, but packaging varies. The gold bullion coins are housed inside of protective capsules, a display box, and come with a numbered Certificate of Authenticity. The silver proof coins are housed only inside of protective capsules and also come with a Certificate of Authenticity.

The Rwandan Nautical Ounce collection is a popular new series for the African nation that diverges from popular Lunar themes and wildlife focuses to deliver new images of sailing vessels that have helped chart the course of world history. The series debuted in 2017 with each coin bearing the same reverse design of the Rwandan coat of arms. Available dates in the series include the following designs:

Silver.com is committed to providing all of our customers with a pleasant purchasing and shipping experience. When you make a purchase over $3,000, shipping and insurance for your package are provided at no extra cost. However, we have no order minimums at Silver.com, meaning you can buy one coin or a 100 coins. We offer an affordable flat rate fee of $5.95 that makes shipping easy without taking a chunk out of your wallet.

We offer insurance on packages to help ensure that your investment is protected. If your package is lost, damaged, or stolen during shipping, we’ll contact the carrier for you to help resolve the issue. If your package is damaged, we’ll send out a replacement shipment. If your order is lost or stolen, we’ll find an insurance claim to provide you with either a replacement order or full refund for your investment.

All shipments from Silver.com leave our warehouses within 1 to 2 days of your payment processing. Credit cards, debit cards, and PayPal fund transfers process immediately, allowing for the fastest overall shipping. Bank wire purchases will be packed and shipped after the wire arrives, and check payments take 4-6 business days following deposit of the funds.

If you have questions for Silver.com about our products or shipping policy, don’t hesitate to contact us. You can reach one of our team members on the phone at 888-989-7223, chat with us online using our website’s live chat service, or send us an email.