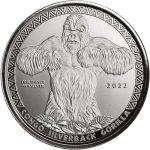 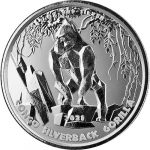 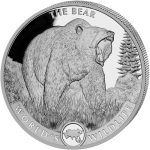 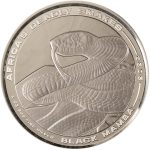 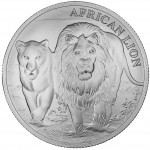 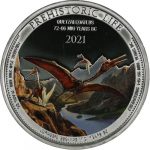 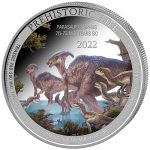 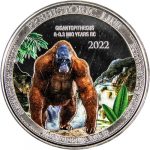 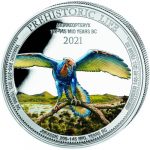 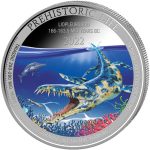 For the better part of the 21st century, gold and silver bullion coins from the African continent have been dominated by the presence and popularity of the Silver Somalian Elephant Coin. This series released by the Bavarian State Mint was originally issued for the nation of Zambia from 1999 to 2003, and shifted to the nation of Somalia in 2004.

Currently, the number of variety of silver coins from the African continent is increasing. Along with the Silver Somalian Elephant series, there is the increasingly popular Rwandan Wildlife Series, with new creatures used on the obverse design every year since its introduction in 2008. Now, the presence of Silver Congo Coins is gaining the attention of investors and numismatists alike. Read on to find out more about bullion coins from the continent, and Silver Congo coins in particular.

When it comes to variety, Silver Congo coins have some catching up to do with popular counterparts. To date, there are only two designs available from the Republic of Congo. One of these coins is in just its second year of production at the moment, and the other has yet to see its second design released.

Although they are produced for the same nation, these two coin series feature different designs and have different mints of origin. What they do share in common is silver purity, at .999 fineness, and face value, set at 5,000 Francs and backed by the government of the Republic of Congo. The coin series in question are the Silver African Lion Series and the Silver Congo Coin series.

The Silver African Lion is currently available as a Congo-issued coin, but did not originate as such. The 2015 Silver African Lion was actually struck for the nation of Burundi, and featured a male-female lion design with the wording “African Lion” on the obverse, as well as the official coat of arms for Burundi on the reverse.

In 2016, production of these coins shifted to the nation of Congo. The 2016 Silver African Lion is now issued by the Republic of Congo and is considered to be the second release in that popular series, even though the nation of issue has changed. In many respects, it is set up as a coin series similar to the Silver Somalian Elephant. Although the nation of issue has already changed, as it did with the Somalian Elephant early on, the theme of one creature in different designs is already established.

On the obverse of the 2016 Silver African Lion Series, you’ll find the image of a mating pair of lions, featuring the male from the pride and a female. The male’s figure is large and imposing, due in no small part to his robust mane. The female, responsible for much of the pride’s hunting, has a steely gaze as she follows her mate.

Engravings are similar to the 2015 issue coin, with one major exception. On the previous year’s version, a giant text block obscured the design field where “African Lion” was engraved. On the 2016 Silver African Lion, the engraving of the series name has been set along the outer edge of the design field so as not to interfere with the overall beauty of the design.

These coins are available from Silver.com only while supplies last. There was a maximum mintage of just 50,000 coins in total for 2016. When you purchase a 2016 1 oz Silver African Lion today, your shipment arrives in either an individual flip, mint tubes of 20 coins, or boxes containing a total of 500 coins.

Introduced in 2015, the Silver Congo Silverback Gorilla Coins represent one of the more stable African silver coin releases alongside the Silver Somalian Elephant and the Rwandan Wildlife Series. The Congo Silverback Gorilla Coins are produced in the United States by the Scottsdale Mint with the approval and backing of the Republic of Congo. The coins in this series are offered each year in 1 oz silver, with occasional colorized proof options and a 1 Kilo coin introduced in 2017.

On the reverse side, the Scottsdale Mint always uses the same image. The seal of the Republic of Congo is featured on this side, along with the full name of the nation in French and the face value of the coin in Francs. Each coin is a Brilliant Uncirculated specimen with proof-like visuals, indicating the presence of frosted designs and mirrored background fields.

The coins in this series are available individually inside of protective capsules or in Scottsdale Mint skin boards of five coins. The skin boards individually seal each coin and allow the buyer to separate them later on, if they wish, without having to unseal the individual coins. Mintage figures were set at 50,000 for the 2015 release, but since 2016 each new coin has released with an increased mintage of 75,000 to match the demand for the popular coins.

Each of the Silver Congo coins mentioned above owes its existence to the popularity of one particular coin for over three decades. Introduced in 1967 by the South African Mint, the Krugerrand was the world’s first gold bullion coin available for global sale. The government opted to create these coins for distribution to market South African gold.

Following an economic boycott by Western nations starting in the 1970s, other competitors chewed away at the Krugerrand’s popularity. However, at the same time it set the stage for future programs to flourish as investors looked to the continent for inspiring, wildlife-themed designs. The first of these was the Silver Somalian Elephant, followed by the Rwandan Wildlife Series in 2008, and then these Silver Congo coins.

About the Mints Involved

The Silver African Lion series is an exclusive original distribution of another authorized dealer in the United States, and is struck by the national mint in Congo. However, the Silver Congo Series that launched with the Silverback Gorilla coin in 2015 is the result of a contract between the Republic of Congo and a private mint in the United States.

Scottsdale Mint, located in the desert city of Scottsdale, Arizona, is in charge of production for the Silver Congo Series of coins. It strikes all of its products to a minimum purity level of .999, and does so using environmentally friendly procedures. All of its silver is sourced from recycled materials, resulting in less energy and water waste than traditional mining for new sources of silver.

As you select your products on Silver.com, you have multiple options available to pay for your Silver Congo coins. We proudly accept all major credit and debit cards fir payment. There is no minimum purchase amount for credit/debit purchases, and the maximum is set at $5,000.

Pay Pal and bank wire fund transfers are the newest forms of payment accepted by Silver.com. Both options come with instantaneous processing of your payment, allowing us to release your chosen products to our fulfillment department for faster packaging and shipping. As an added bonus, both options also come with much higher maximum purchase amounts, allowing you to invest more in precious metals.

Pay Pal transfers have a minimum purchase of $0 and a maximum of $10,000, while bank wire transfer have a higher minimum at $2,500, but also our highest maximum at $150,000. Paper checks are also accepted. It will take four to six business days to process, but there is no minimum purchase amount and a maximum of $50,000, plus the added benefit of a 4% discount compared to credit/debit purchases.

Silver.com offers a tiered shipping system that makes it affordable to ship your precious metal products based upon the total amount you’ve spent on Silver Congo coins today. All purchases below $3,000 come with $5.95 flat-rate shipping. All orders above $3,000 earn you free shipping and insurance!

We pride ourselves at Silver.com on working with customers and shipping carriers to quickly resolve any issues. If your package is lost, stolen, or damaged during shipping, we’ll work with the carrier to recover your product. If recovery is not possible, we’ll first try to provide you with a replacement product.

However, please understand that many of our most popular products sell out quickly and are not available for resupply on our end. In that event, we’ll launch an insurance claim on your behalf to obtain a refund of your purchase price.

If you have any questions about Silver Congo coins, Silver.com payment methods, or shipping processes, please don’t hesitate to ask. A Silver.com associate is waiting to help you, simply call us at 888-989-7223, chat with us live online via our website, or send us an email with your inquiries.