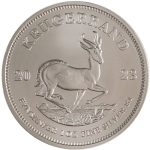 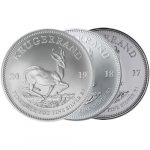 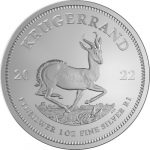 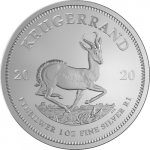 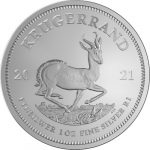 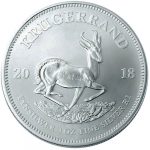 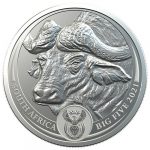 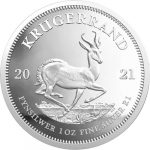 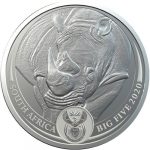 The first gold bullion coin issued for investors, the Gold South African Krugerrand was a symbol of the gold bullion industry for at least three decades. Introduced in 1967, the Krugerrand did not have any competitors until more than a decade later and would remain the most popular gold coin for sale until the 1990s. It took an economic boycott related to the politics of South Africa to put competitors on the same level. On the 50th anniversary of the Gold Krugerrands release, the South African Mint and Rand Refinery finally introduced a silver bullion version of the popular coin. Now is your chance to learn more about the Silver South African Krugerrand.

When the South African Mint and the Rand Refinery introduced the first Silver Krugerrand, the coins were issued as part of the 50th anniversary of the Gold Krugerrand Series. The mint issued the first-ever Silver Krugerrand as a Premium Uncirculated coin. The specimens have the same designs on the obverse and reverse as the Gold Krugerrand coins. The coins were issued with a maximum mintage of only 1 million coins and came with a distinctive celebratory privy mark on the reverse field of the coins. Just above the hindquarters of the Springbok antelope, there is a 50th-anniversary privy mark. Though not intended as an annual-release coin, the popular reaction to the first-ever release of Silver Krugerrands resulted in the South African Mint and Rand Refinery opting to release the coins on an annual basis.

Though the introduction of the Silver Krugerrand was a critical moment in the history of the South African Krugerrand Series, it did not bring with it a new design element. Certain sovereign bullion coin programs, like the American Eagle Series at the US Mint, come with different designs on the obverse and reverse in each metal (gold, silver, platinum, and palladium). However, the Silver Krugerrand uses the same obverse and reverse designs as its gold counterpart. These include the following:

If you have any questions, please don’t hesitate to ask. You can call us on the phone at 888-989-7223, chat with us live online, or email us directly. If you have questions about payment methods, please feel free to visit our Payment Methods page first. Here you can find information about acceptable forms of payment and applicable minimums.