The Perth Mint, located in Western Australia, is one of the most respected government mints in the entire world. Today the mint makes stunning bullion coins and bars in fine gold, silver and platinum which are appreciated by collectors and investors throughout all parts of the world. Most popular among its offering, however, are the Perth Mint’s silver coins, which they mint several variations of each year.

Types of Silver Coins Offered By The Perth Mint

While the original use of the mint was actually to make gold coins for the British, today they are arguably most well known for their fine silver coins. From year-to-year the Perth Mint offers the same core line of bullion coins with the occasional special issue. This includes the Lunar Series, Kookaburra Series, and the Koala Series, each of which have very imaginative and detailed design elements.

Though the coin’s reverse will vary based on the theme of the series, the obverse remains fairly uniform. Most all of the Perth Mint’s silver bullion coins will showcase Queen Elizabeth II. In her image, she is shown in profile wearing her regal tiara. The words “Elizabeth II” and “Australia” are also displayed along with the legal tender value of the coin which varies based on weight. Read on to learn more about some of the most popular coin series the Perth Mint offers.

The Australian Lunar Silver Coin Series was created in the late 1990’s in order to celebrate the Chinese Zodiac Calendar. Each year the coin’s design would change to reflect the Lunar Year, which is represented by an animal. The series would start in 1999 with the introduction of the Silver Rabbit Coin which was offered in one ounce, two ounce, ten ounce, and kilogram sizes. With the Chinese Lunar Year being restricted to one cycle of 12 years, the series has been broken down into 2 classes so far: series 1 and series 2. 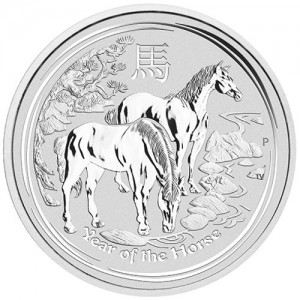 The Perth Mint Koala Coin Series, initiated in 2007 celebrates one of the continents most distinct marsupials; the koala bear. The coin is minted in 99.9% pure silver and was first made available in the one ounce size. However, because of its popularity, the series was expanded the following year (2008) to include the half ounce, ten ounce, and kilogram sizes, as well.  In order from smallest weight to largest, the coins have a legal tender value of 50 cents, $1 AUD, $10 AUD and $30 AUD. 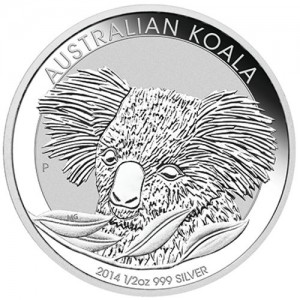 The Australian Kookaburra Coin Series is slightly older than the Koala, having been introduced 17 years earlier in 1990. As you may have guessed, the coins celebrate the Kookaburra, a native bird species of Australia. Like the Koala coin, however, the Kookaburra was first offered in only one variety: the one ounce. The coin actually sold out during its first two years of minting and in 1992 the coin series was expanded to include a two ounce, ten ounce and kilogram size, as well. 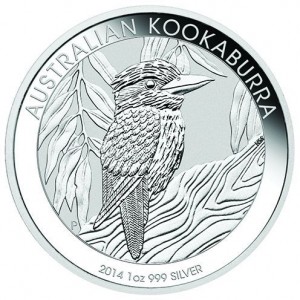 One of the newest silver bullion coin series from the Perth Mint actually represents the expansion of an existing line of silver coins for sale. The Silver Australian Kangaroo coin from the Perth Mint has been offered for years in varying options. Some years featured a Brilliant Uncirculated coin, while others included only proof or high-relief proof strikes with limited mintage figures. Many of these early Silver Kangaroos featured .999 fine silver content.

In 2016, the Perth Mint made the Silver Australian Kangaroo one of its staple silver bullion releases each year. More significant than its elevation alongside the Silver Kookaburra and Silver Koala was the fact that the 2016 Silver Australian Kangaroo marked the first time in Perth Mint history than annual silver bullion coin series featured .9999 fine silver content. Once a follower, the Silver Kangaroo became a leader in silver purity for the mint and led to the eventual increase in the silver content for the Silver Kookaburra and Silver Koala as of the 2018 release of both coins.

The reverse side of Silver Australian Kangaroo Coins features the same design each year. This depiction of a member of the red kangaroo subspecies hopping across the Outback is inspired by the popular copper penny coin design issued during the 1950s before decimalization altered Australian coinage. The world’s largest marsupial is featured hopping from right to left across the field with a radial sunburst behind its figure. “Australian kangaroo” is inscribed along the top rocker of the design field, with the date mark and “1 oz 9999 Silver” inscribed along the bottom rocker.

Flips the coins over to the obverse and you’ll find the latest effigy of Queen Elizabeth II for Australian coins. As of 2019, the Perth Mint now features the sixth effigy of Her Majesty used on Australian coins since her ascension to the throne in 1952. This design is based on Jody Clark’s fifth-generation image for the Royal Mint of England, but is unique to the Perth Mint because it includes her neckline and shoulders in the design portrait. This is the first time since 1966 that these features have been included in the Queen’s portrait on Australian coins. Inscriptions on this side include “Elizabeth II,” “Australia,” and “1 Dollar.”

Due to the mints design expertise, high-quality minting processes and extreme attention to detail, their silver coins can be viewed as both pieces of artwork, as well as fine silver bullion investments. Because of this, many of their coins (both gold and silver) are highly collectible. Some people enjoy collecting one size variety from different years while others enjoy buying each size from one specific year. Whatever the case may be, not only collectors enjoy these coins, but investors often prefer them, as well. Because of their pure silver content (99.9%), they can make great investments.

At Silver.com, we are happy to provide investors with a vast offering of the Perth Mint’s most renowned silver coins at low competitive prices. Be sure to view each of these exciting coin series and add to your collection, start a new one, or give them as gifts to start someone else off on a silver collection of their own.