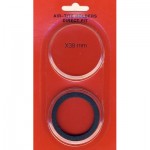 The 1.25 oz Silver Canadian Bison coin is an exclusive new coin from the Royal Canadian Mint, following on the heels of its wildly successful Wildlife series. The 2015 coin is a special one, different from earlier coins featuring the majestic bison. It differs from its predecessors not just because it’s a one-off weight but also because it features a previously unseen bison design, which is delightful for both collectors and investors.

Other notable details involve its finish, which is a vital part of its design. Because the coins are BU, or Brilliant Uncirculated, they’re bright, flawless, and unblemished. This is also the first 1.25 oz coin the Royal Canadian Mint has ever produced, making it exceptionally unique. The design adds to its one-of-a-kind quality, as well. The artwork depicts the North American bison on one side and Queen Elizabeth II on the other side, both rendered in precise detail.

Other fun facts about the design make the coin stand out from other wildlife coins. Specifically, each coin has a series of radial lines machined into it. The lines are a preventive measure that reduce the risk of counterfeiting immeasurably. Numismatists who invest in this coin won’t have to worry about running across fake designs.

The obverse of the Silver Canadian Bison coin depicts Her Majesty, Queen Elizabeth II, in stunning detail. The engraving is a classic portrait of the queen in that it features her profile from the right. Though the Queen is typically rendered on the obverse side of Canadian coins, Susana Blunt’s design turns it from something standard into a majestic masterpiece. The moniker “Elizabeth II” circles the detailed portrait, as does the coin’s Canadian face value.

The reverse of the Bison coin debuts a brand new bison picture. A single bison gallops through Canada’s famed open fields. The RCM is well-known for producing coins with a fine attention to detail, and this one is no exception. From the features on the bison, the positioning of its hooves, and each curl in its fur to the gently rising hill seen in the background, the design is full of small surprises.

The reverse also has engravings. “Canada 2015” curves over the top of the bison tableau. The bottom includes information about the coin, such as its weight, its purity, and its metal content. Both sides have the innovative new anti-counterfeiting lines.

Coin Quantities From the Mint

The RCM offers these coins in several quantities, which collectors can purchase directly from Silver.com. Single coins are safely placed in coin flips, allowing for a secure display. The individual coins weigh 1.25 troy ounces.

Tubes are a popular choice too. They are the same size as the tubes for Maple Leaf coins and hold 20 Bison coins, firmly sealed at the mint. Because of their larger weight, together they weigh a total of 25 troy ounces.

Monster boxes contain 400 coins and weigh 500 troy ounces in total. Thanks to new marketing initiatives from RCM, they include additional marketing and informational pieces. The boxes are tightly sealed at the mint, as well so the coins are completely untouched when they reach their new owners.

The size of the Silver Bison coins makes them special. They are 1.25 troy ounces, the first coins of that size ever minted by the RCM. That alone sparks the interest of many avid numismatists. They are typically compared to the Silver Maple Leaf Coins in terms of size, although the Silver Bison coins have thicker dimensions. They are 38 mm in diameter and 4.1125 mm thick, which contributes to the 1.25 ounce weight. At face value, they’re worth $8 CAD. However, owing to a 99.99 percent purity, they’re worth far more than that for investors or coin collectors.

The Silver Canadian Bison coins are available for purchase from Silver.com. They are specially qualified as Brilliant Uncirculated, or BU, which means that they have been neither circulated nor touched since leaving the mint. As BU coins, they boast an unblemished, perfect finish, which makes them ideal for display and adds to their value.

Single coins in secure packaging are available for purchases of individual coins. A tube of Silver Bison coins holds 20 of them. They’re fully sealed and untouched, as well, with protective packaging that keeps them in newly minted condition. The same is true for the monster box, containing 400 Bison coins. The box itself is attractive enough for display.

Investors and numismatists buying from Silver.com can rest easy in matters of authenticity and quality. Silver.com buys the coins directly from the Royal Canadian Mint and closely inspects the inventory to ensure every coin is authentic and that it matches its description.

Interested coin enthusiasts can visit Silver.com, chat live from the website, or call our company with questions. Buying straight from the site is effortless and different quantities are always available. With the Silver Canadian Bison coins already drawing attention in the numismatic community, a tube or a monster box is sure to become a worthwhile investment.