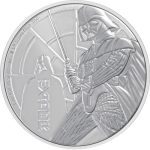 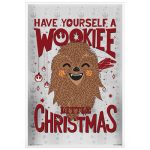 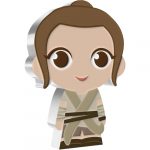 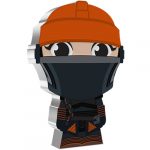 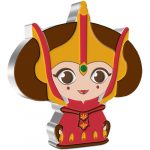 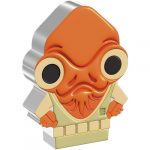 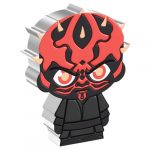 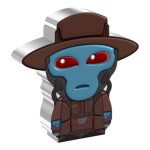 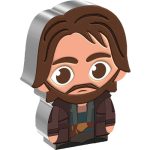 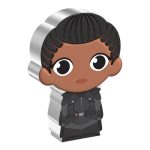 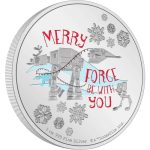 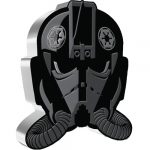 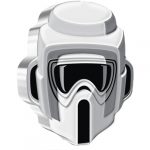 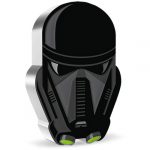 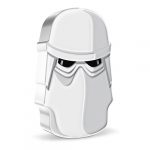 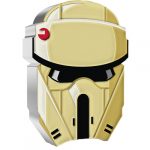 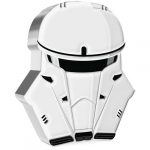 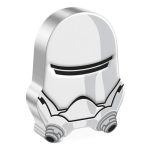 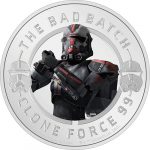 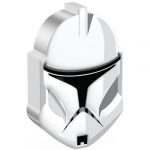 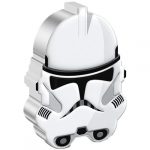 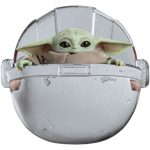 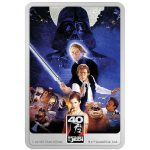 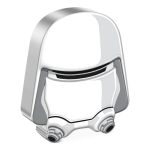 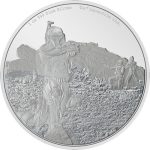 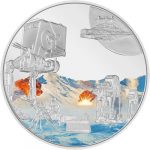 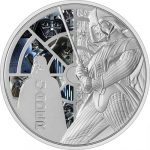 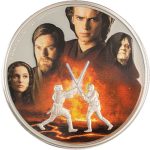 The original Star Wars three-film release debuted in the late 1970s and continued into the early-to-mid 1980s, setting the stage for a global phenomenon that continued to grip the imaginations of adults and children alike for two decades. Eventually, the originally trilogy was followed up by a prequel trilogy of films released at the turn of the 21st century, and now Star Wars returns to theaters to grab the attention of an entirely new generation of people with a new trilogy series following the aftermath of the original films.

As if a new trilogy wasn’t enough to excite the millions of Star Wars fans in the United States and around the globe, the latest installment of films will also include stand-alone feature film releases that aren’t part of the new trilogy itself, but fit into the timeline between the three sets of trilogy collections.

Star Trek might already have a jump on precious metal coin collections with a rising profile in the marketplace, but when it comes to the world of science-fiction there is no franchise more popular than Star Wars. To counter the influence and benefit on the popularity of Star Trek, An entire series of Silver Star Wars coins are currently available from the New Zealand Mint, issued for the tiny island nation of Niue. Some of the coins feature stunning colorized proof finishes with limited mintages, while others are available in brilliant silver finishes. Explore a galaxy far, far away in the following paragraphs as we walk you through the collection of Silver Star Wars coins in the online catalog at Silver.com.

The original Star Wars trilogy of films, launched in the late 1970s, set the stage for what would become one of the greatest box office anthologies of all time. The original films gave the world many of the most beloved characters in the history of the franchise; many of which are still immensely popular today even in the face of countless new movies arriving in theaters from the collection.

In the Star Wars: Classic Collection release, the New Zealand Mint offers silver and gold coins without colorized finishes to honor the original trilogy of films. As with other series from the New Zealand Mint’s Silver Star Wars coin collections, there are shared details and obverse design features in this collection:

The Classic Collection was the first released in the Silver Star Wars series of coins from the New Zealand Mint. It launched with a Darth Vader coin, and was followed by the release of the Han Solo coin. Currently, Silver.com has the third, fourth, and fifth coins in this collection available. These designs include the following coin releases:

Whether you were alive when the original trilogy hit theaters or were introduced to it as a child, odds are you were in the theaters at the end of 2015 to see the release of the first film in the highly-anticipated new Star Wars trilogy. Set in future existence beyond the timeline of the original three Star Wars films from the 1970s and 1980s, the release of Star Wars: The Force Awakens dominated global box office news and ticket sales for weeks.

The New Zealand Mint currently offers a brilliant colorized proof collection of coins to celebrate the return of Star Wars to theaters and the science-fiction genre of films. In the new Star Wars: The Force Awakens Series, the New Zealand Mint offers colorized images of the most popular new characters in the franchise that appeared in The Force Awakens. Each of the six releases in this collection include common details of the release and a shared obverse design:

All of the coins from the Star Wars: The Force Awakens collection have a colorized proof design on the reverse that features three different images of the represented character. The six design releases in total are described in detail below, in order of release from first to sixth:

While fans await the follow-up to 2015’s release of The Force Awakens in theaters, they still have something to look forward to for December 2016: the release of Star Wars: Rogue One. This film is unique in that it is not part of the follow-up trilogy that launched in 2015 with The Force Awakens. Instead, for the first time in Star Wars history there will be a stand-alone film in the anthology. Rogue One is set in the Star Wars universe in the time following the events of Star Wars: Episode III and before the events of Star Wars: Episode IV.

In the upcoming film, the storyline focuses on a group of Rebel spies intent on stealing the designs for the Galactic Empires Death Star. The two primary groups to feature in the film are captured in the Star Wars: Rogue One Series of coins from the New Zealand Mint. Again, there are shared details and a common obverse in this release:

Just as the movie itself is a standalone option, so too is the Rogue One release from the New Zealand Mint. There are just two coins scheduled in this release to represent the major sides pitted against one another in the upcoming film. One depicts the members of the Rebel Alliance, while the other features the forces of The Empire. Each coin, like the Force Awakens collection, has a brilliant colorized finish on the reverse. Design details are featured below:

Background on the New Zealand Mint

The New Zealand Mint is a private company with its headquarters in the capital of Auckland. The mint excels in producing legal tender collectible coins, gold bullion products, and medallions. It was founded over 40 years ago, and today it is the only precious metal mint located in New Zealand. Central to its global status, the New Zealand Mint can boast that it was one of the world’s first mints to adopt .9999 purity as a standard in its gold bullion products.

The mint sources all of its precious metals from international locations, producing coins and medallions using a minimum fineness of .999 for silver and .9999 for gold. The quality and impressive nature of the designs on New Zealand Mint coins puts it among the elite in the world of precious metals, with several coin programs that are coveted by the global community.

Niue is the nation of issue for all Silver Star Wars coins from the New Zealand Mint featured online at Silver.com. A small nation with an outsized presence in the precious metals industry, Niue is a truly unique nation. The island of Niue is located in the South Pacific Ocean, roughly 1,500 miles northeast of the nation of New Zealand, east of Tonga, south of Samoa, and west of the Cook Islands. The island itself is just 100 square miles in size and has a predominantly Polynesian population of around 1,190 people.

Niue occupies a unique niche in the world order. The nation is a self-governing state that exists in free association with New Zealand. The vast majority of diplomatic relations for Niue are handled by the nation of New Zealand on behalf of the people of Niue, and the populace are citizens of New Zealand with Queen Elizabeth II serving as head of state in the capacity of Queen of New Zealand.

Most of Niue’s people, 90-95%, actually now live in New Zealand, along with 70% of those who actually speak the Niuean language. The official languages of the nation are English and Niuean, and the nation’s economy uses the New Zealand dollar as its official currency.

When you purchase Silver Star Wars Coins on Silver.com, you’ll find a number of payment methods available to complete your transaction. We accept all major credit and debit cards, as well as paper checks, Pay Pal transfers, and bank wire transfers. Credit and debit cards have a maximum purchase of $5,000 and generally take one business day to process.

If you have any further questions about Silver Star Wars Coins, please don’t hesitate to ask Silver.com. Our associates are available on the phone at 888-989-7223, or you can connect with us online using our live web chat and email features. And be sure to check back with Silver.com as future releases of Silver Star Wars Coins from the New Zealand Mint and others!