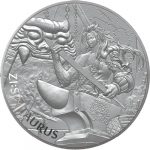 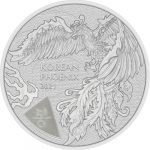 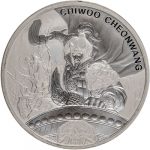 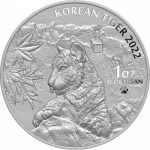 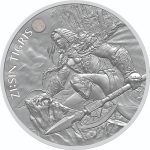 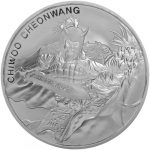 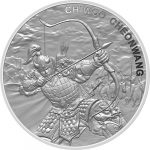 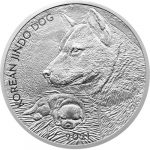 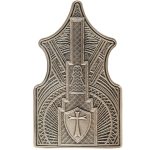 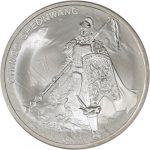 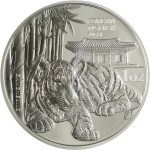 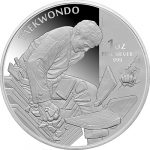 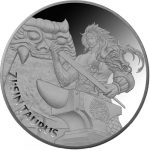 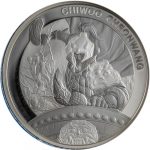 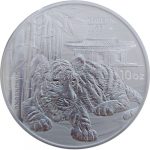 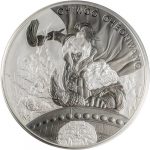 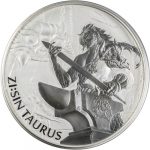 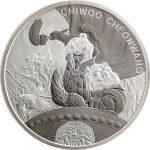 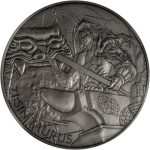 When it comes to buying silver, modern collectors and investors have more choices than ever before. Silver and gold coin programs are available from sovereign mints around the world, while silver rounds, gold and silver bars, and a host of other silver products are constantly produced to meet the demand for collectible and investment-grade silver. Among the newer options you’ll find is the Silver South Korean Chiwoo Cheonwang Medal from KOMSCO.

The Silver Chiwoo Cheonwang Medal is like many other coins released by a national entity in that it features designs based upon images that are culturally or nationally significant to a group of people. In this case, the legendary Chiwoo Cheonwang is the focus of the annual-release program that launched in 2016. This brilliant silver bullion series is now available to you online at Silver.com, so take a moment to learn more about this exciting offering!

KOMSCO, known formally as the Korea Minting and Security Printing Corporation, was founded through full investment from the National Treasure of South Korea under a special law enacted in 1951. Today, the mint is the sole currency manufacturer for the Republic of Korea, and it operates under the direct control of the government in Seoul.

The mint operates a highly sophisticated facility in Daejeon, South Korea, where it places high priority on research and development, as well as innovation and evolution in security technology. The Silver Chiwoo Cheonwang medal is just one of the many brilliant products manufactured by KOMSCO on an annual basis.

KOMSCO first released the Chiwoo Cheonwang silver medal in 2016 with a mintage of 30,000 coins, and bumped that mintage up to 50,000 for the 2017 release in the face of immense demand for this unique silver coin for sale. While that is an increase of 20,000 coins, roughly half the mintage sold out when the coin went on pre-sale with KOMSCO.

KOMSCO launched the South Korean Silver Chiwoo Cheonwang Silver Medals with just a 1 Troy oz weight offered. The design features of that original release depict the fearsome God of War standing on the ground bearing his traditional shield, wearing his feared mask, and brandishing a long spear in his right arm. On the face of his shield you’ll notice a depiction of the mask that traditionally covers his face.

Flip the silver medal over and you’ll find a close-up, detailed depiction of Chiwoo Cheonwang’s shield. The image is surrounded by identifying engravings that include the year of issue, metal type, purity, nation of issue (Republic of Korea), and the phrase “1 Clay.”

KOMSCO uses new designs on the reverse of the Silver Chiwoo Medals each year, but it is not a random approach to new imagery each year like you may find on other coins. There is a progressive march through the design elements on the reverse in this series that follows Chiwoo through the stages of battle. The 2016 debut, for instance, depicts Chiwoo in the very early stages of preparation for battle. He is without his war horse and has just completed putting on his armor and gathering his weapons as he stands at the ready. The following years have featured these design elements:

Korean lore talks of Chiwoo Cheonwang as the God of War. He is a fearsome deity who wears a demon-like mask, possess the ability to cast magical spells, and carries a large shield around with him and wears a mask engraved on the front. It is also said that Chiwoo Cheonwang has the power to control the weather. In the modern era, South Koreans know him as the Red Devil, or mascot of the national soccer team for South Korea. Fans of the team will wear a mock of his mask as a sign of support for the squad.

Why is “Clay” in the Title?

Most listings for the Silver South Korean Chiwoo Cheonwang include the use of both 1 Troy oz and “Silver Clay.” KOMSCO introduced the use of Clay for the first time with this series. The use of 1 Clay refers to a concept of measurement meant to relate a certain amount of land. The mint describes it as “soil, earth, dirt, ground, or land.” The Chiwoo Cheonwang medals have no legal tender denomination attached, but the 1 Clay relates a value of 1 Troy oz of silver to a certain amount of land instead.

Building off the success of the Silver Chiwoo Cheonwang medals introduced in 2016, KOMSCO introduced the Zi:Sin Series medals in 2017. The collection is KOMSCO’s version of a lunar-themed series of gold and silver bullion products. The silver medals in the series feature a shared reverse design element. On the reverse of each Zi:Sin Series medal is the face of Do ggae bi on the shield of Chiwoo Cheonwang, along with the latent security image KOMSCO now uses on its silver bullion medals.

The obverse designs in this collection feature one of the 12 Guardians from Korean lore. These figures are the leading military commanders in God’s armies and watch over the mortal world for threats from the forces of evil that arise from all directions. Designs available in the Zi:Sin Series include the following:

Variations Introduced to the Zi:Sin Series

The Zi:Sin Series’ growing popularity has led KOMSCO to diversify the options available to collectors of these designs. Although each date mark brings its own new design already, KOMSCO is expanding beyond the bullion versions of the silver medals to offer low-mintage collectible medals as well. This includes the following silver medals that have added to the variety in this already-impressive series:

The Korean Tiger Series of bullion medals from KOMSCO debuted in 2016 with a gold option, but the designs in this collection did not come to silver bullion products for sale from KOMSCO until 2018. With the 2018 release of the Silver South Korean Tiger Medals, KOMSCO added to its range of silver medals in an impressive way. The Silver South Korean Tiger Medals are available in 1 oz silver and 10 oz silver. Designs in this series include the following elements:

At Silver.com we make it easy for you to purchase the Silver Chiwoo Cheonwang Medal you want from our catalog. Silver.com proudly accepts major credit and debit cards, with no minimum purchase price and a maximum of $5,000. PayPal fund transfers are our latest offering. In addition to a $0 minimum and a $10,000 maximum, PayPal transactions process instantly and enter the shipping queue immediately. Paper check payments have a similar $0 minimum and a $50,000 maximum, and while they take four to six business days to process, you’ll enjoy a 4% savings on your purchase price compared to credit/debit payments and PayPal transfers.

If you have any questions about Silver South Korean Chiwoo Cheonwang Medals, payment methods, or shipping options, please feel free to contact a Silver.com associate. Our team members are available on the phone during regular business hours at 888-989-7223, online using our website’s hosted live chat, or by submitting your questions to us in writing via email. Don’t forget you can also visit our homepage to the latest price of gold and silver!