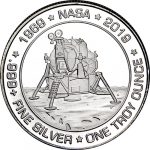 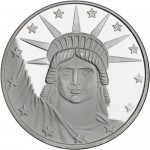 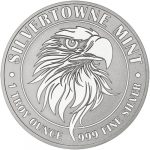 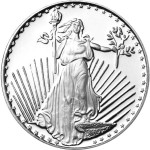 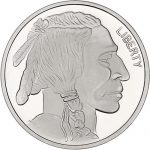 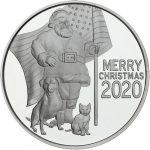 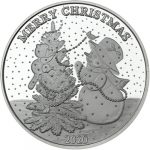 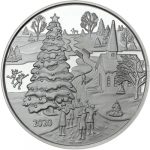 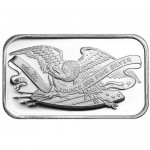 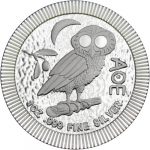 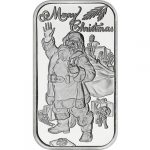 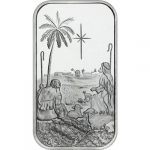 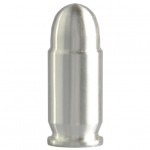 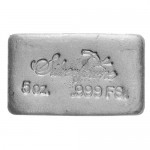 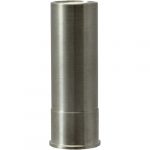 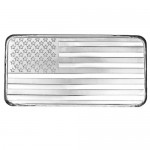 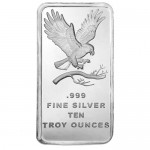 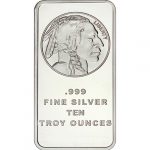 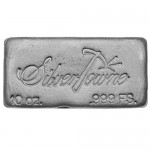 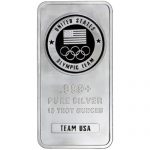 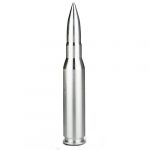 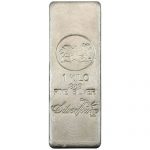 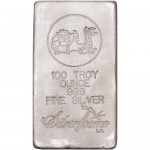 Rounds are an excellent alternative to sovereign bullion and proof coin programs for a number of reasons, not the least of which is the fact that they are available for much lower premiums over the spot price of precious metals, just like their counterparts in minted ingots and cast bars. SilverTowne is one of America’s oldest private minting facilities, and it is responsible for producing some of the finest designs on silver rounds available in today’s market. Explore the options today online at Silver.com.

Like many mints, SilverTowne strikes some of its silver rounds with either a mint brand, mint-developed logo, or other design features inspired by the real world. In this realm, SilverTowne has one of the most popular designs in its Prospector lineup. The Prospector design is actually the emblem of SilverTowne, so this silver round serves as the official silver round product of the company.

In July 2015, the mint released an all-new 5 oz SilverTowne Prospector Stackable Silver Rounds to add to its existing 1 oz SilverTowne Prospector Stackable Silver Round collection. The products stack easily thanks to the inset striking of the obverse design, which causes a slightly raised lip on the reverse side. This manufacturing allows the rounds to easily stack and interlock with one another, as does the alternating inset-raised lip design of the outer rim. These rounds contain either 5 Troy oz or 1 Troy oz of .999 pure silver and feature the same designs, outlined below:

The Statue of Liberty has served as a symbol of American freedom and a beacon of hope for millions around the world since the 1880s. Today, she is also the inspiration for another unique design series offered by SilverTowne on a 1 oz SilverTowne Lady Liberty Silver Round. Each round contains 1 Troy oz of .999 pure silver and features the following design facets:

Finally, there is a silver round from SilverTowne inspired by the Liberty Bell. The Liberty Bell, a symbol of America, was actually commissioned by the British in 1752. In a biblical references to the Book of Leviticus, the bell was commissioned to feature lettering that read “Proclaim LIBERTY throughout all the land unto all the inhabitants thereof.” When the bell first arrived in Philadelphia and was run for the very first time, it suffered a crack.

Twice, the Liberty Bell was recast in Philadelphia by local workmen John Pass and John Stow, whose last names still appear on the bell today. The Liberty Bell was originally used to summon lawmakers to legislative sessions in the city and alert citizens to meetings and proclamations. The beautiful 1 oz Liberty Bell Stackable Silver Round is available with .999 pure silver and features a similar stackable design feature as the Prospector rounds. Design features include:

In addition to these uniquely designed SilverTowne rounds, the mint is also responsible for the production of an array of silver rounds featuring designs first used on American circulation currency. These designs have proven immensely popular over the course of more than one-and-a-half centuries of US Mint production, dating back to the mid-1800s, but today are incredibly hard to find on coins.

Dating all the way back to the 1830s, some of America’s original coin designs which are still available in limited numbers are treasured by collectors, but also very difficult to actually find anywhere today. While some of the nation’s greatest coin designs, such as Augustus Saint-Gaudens’ Liberty design and Walking Liberty from Adolph A. Weinman serve as anchors for American bullion coinage, not all of these designs are currently in use on US Mint products.

Among the many SilverTowne Silver Rounds with historic US coinage designs, you’ll find the following designs:

As a private minting facility, one of SilverTowne’s primary endeavors includes the production of silver bars for investors and collectors alike. SilverTowne offers two different types of silver bars. Like many other private mints, you’ll find minted ingots with beautiful designs that include weights of 1 oz, 5 oz, and 10 oz. Additionally, you’ll find bars available in poured-silver, cast bar finishes that range from 5 oz and 10 oz offerings up to 50 oz offers.

When it comes to the production of minted ingots, SilverTowne offers a variety of finishes. All of these bars include .999 pure silver content, and there are two primary designs available from the mint on a regular basis. These include the SilverTowne Eagle design and the SilverTowne Prospector. Now, each of these designs has a retro offering that reflects past designs from the mint as well as new designs. All are minted ingots with refined edges and raised sides. The designs are described in detail below:

SilverTowne was founded in 1949 in Winchester, Indiana. It is responsible for producing some of the most popular silver rounds in the precious metals marketplace. The most in-demand design from SilverTowne is the Prospector Silver Round. This product features the company’s official Prospector logo, that of an individual prospector leading his trusty pack mule along in search of gold and silver. Like other silver rounds, these products have no face value, but each one contains 1 oz of .999 pure silver.

At Silver.com we make it easy for you to purchase the products you want from our catalog. Silver.com proudly accepts all major credit and debit cards, with no minimum purchase price and a maximum of $5,000. PayPal fund transfers are our latest offering. In addition to a $0 minimum and a $10,000 maximum, PayPal transactions process instantly and enter the shipping queue immediately. Paper check payments have a similar $0 minimum and a $50,000 maximum, and while they take four to six business days to process, you’ll enjoy a 4% savings on your purchase price compared to credit/debit payments and PayPal transfers.

If you have any questions about our products, payment methods, or shipping options, please feel free to contact a Silver.com associate. Our team members are available on the phone during regular business hours at 888-989-7223, online using our website’s hosted live chat, or by submitting your questions to us in writing via email.