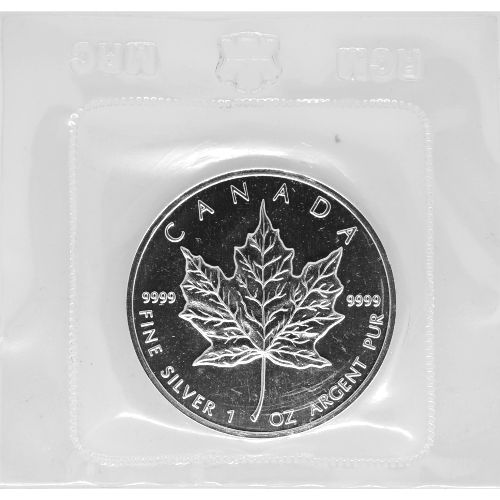 Additionally, these coins have a Brilliant Uncirculated grade. Coins in BU condition exhibit no signs of wear and tear, though you’re likely to notice minor blemishes such as breaks in the luster, spotted surfaces, or contact marks from the striking process.

At this point in the program’s history, the original portrait of Queen Elizabeth II used on Canadian currency was still in use. This design was on the Silver Canadian Maple Leaf only in 1988 and 1989, and came from Arnold Machin. It was replaced the next year by a revamped portrait of Her Majesty from Dora de Pedery-Hunt.

If you have any questions about these coins, don’t hesitate to reach out to Silver.com. Our associates are available on the phone at 888-989-7223, online using our live web chat, and via our email address.