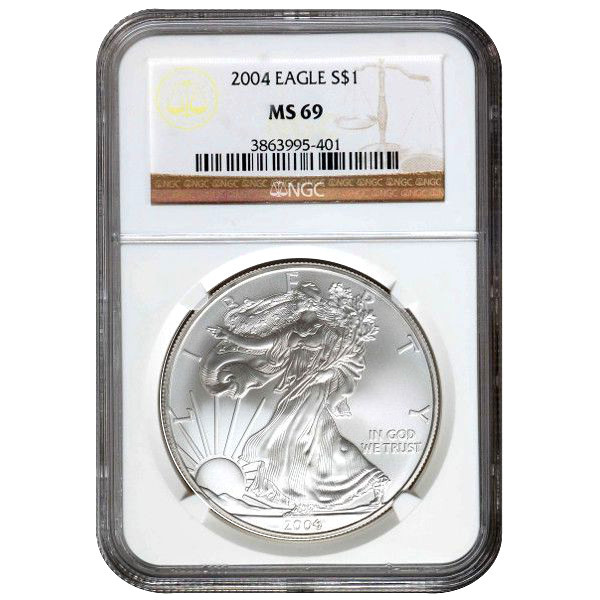 When the Founding Fathers of America selected the bald eagle as the national emblem, they knew what they were doing. The bald eagle is a powerful, majestic animal that is known for its longevity. The founders believed that the nation of America was one that would endure in this world for generations and possessed the power to do good around the globe. Since that time, the bald eagle has been featured on many coins and federal agency seals. This 2004 1 oz Silver American Eagle Coin is available with NGC certification and is considered MS69 quality.

The US Congress authorized the production of Silver Eagle Coins following the passage of the Liberty Coin Act on July 9, 1985. The silver used in the production of American Silver Eagle coins originally came from the Defense National Stockpile. In 2002, with the original stockpile getting low, congressional leaders authorized an extension of the American Silver Eagle coin program by allowing the Treasury to purchase additional reserves of silver on the open market.

All American Silver Eagle coins are produced using silver mined in the United States of America. The design for the Silver American Eagle borrows the Walking Liberty image Adolph A. Weinman created for the original Walking Liberty Half Dollar; a coin minted between 1916 and 1947. John Mercanti, the US Mint’s chief engraver at the time, designed the image featured on the reverse side of the coin.

The 2004 1 oz Silver American Eagle Coin features Weinman’s Walking Liberty image on the obverse side. In the design, Lady Liberty is depicted walking toward the setting sun, indicating America’s constant march toward a brighter future. Above her head is the engraving of “LIBERTY,” while the year of minting and the phrase “In God We Trust,” are engraved below her image.

Mercanti’s design on the reverse features a bald eagle behind a heraldic shield. The eagle grasps an olive branch in one talon and arrows in the other. Immediately above the eagle’s head are 13 stars, representing the 13 original American colonies. The eagle’s image is surrounded by engravings of “United States of America,” the metal content, weight, and face value of the coin.

The US Mint is the official coin mint of the federal government. The Silver American Eagle coins are produced at three of the mint’s facilities: the Philadelphia Mint, San Francisco Mint, and West Point Mint. This 2004 American Silver Eagle coin has been independently certified by the Numismatic Guaranty Corporation as having MS69 quality. This grade indicates the coin possesses an attractive, sharp strike and full original luster for the date and mint marks.

If you have any questions about the 2004 1 oz Silver American Eagle NGC MS69 Coins before ordering, be sure to call Silver.com at 1-888-989-7223. We offer support through our website’s live chat feature as well as email. If you wish to view this coin from other grades and years, make sure you look over our full collection of NGC Certified Silver Eagles. 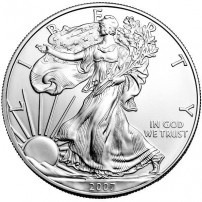 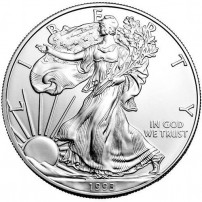