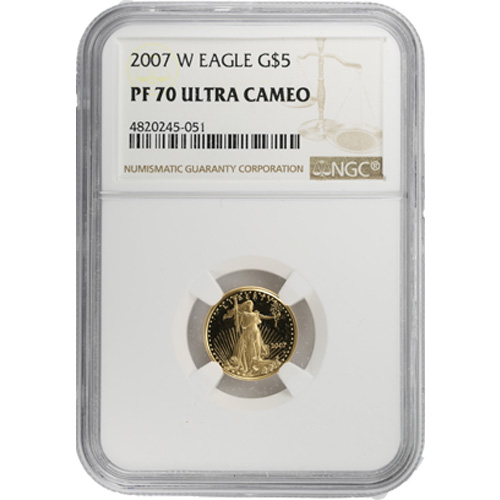 Traditionally the most popular coin in the series, the 2007 1/10 oz Proof Gold American Eagle would experience its last year as the top choice in 2007. Going forward, the 1 oz gold coin would prove the most popular among collectors and have the highest mintage figures each year as a result.

On the obverse of 2007 Proof Gold American Eagle Coins is the image of Liberty that sparked a revolution in American coin design. Created in 1907 by Augustus Saint-Gaudens, the image was used on the $20 Gold Double Eagle through 1933.

We encourage Silver.com customers to contact us at 888-989-7223 with questions. You can also connect with us online through our live chat and email address features.