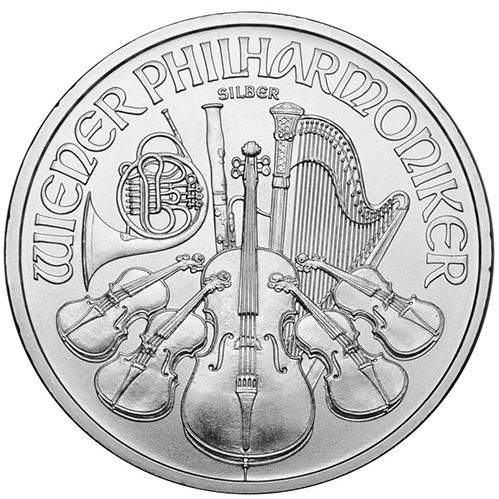 The Vienna Philharmonic is one of the world’s most respected orchestras, performing musical concerts for guests from around the globe since 1842. The orchestra performs the majority of its concerts at the Musikverein Golden Hall in a borough of the nation’s capital city, Vienna. The Austrian Mint pays homage to this national treasure with its Silver Austrian Philharmonic coin. The program was started in 2008, and today you can own a 2013 1 oz Silver Austrian Philharmonic coin in uncirculated condition.

On the obverse of the 2013 1 oz Silver Austrian Philharmonic coin is a depiction of the pipe organ from the Musikverein concert hall in Vienna. Engravings on this side of the coin include the German words “REPUBLIK OSTERREICH” and “1 UNZE FEINSILBER.” Translated into English, these phrases mean “Republic of Austria” and “1 ounce pure silver.” Additional engravings include the year of minting and face value of the coin in euros.

Austrian history dictates that the Austrian Mint was founded by Duke Leopold VI of Austria in 1194. Leopold used 15 tonnes of silver paid to him by England’s King Richard the Lionheart as a ransom when the king traveled through the region on his return from The Crusades. Today, the Austrian Mint produces all the circulation and commemorative coins for the national government.

Aside from pbuying the Philharmonic in single quantites, many also enjoy owning tubes which are available for purchases of 20 coins. Also available are monster boxes containing 500 coins (25 sealed tubes of 20 coins). All orders are shipped to you quickly and will be sent out in secure packaging. Should you have any questions about these coins please call Silver.com at 888-989-7223. 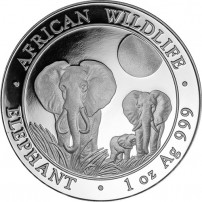