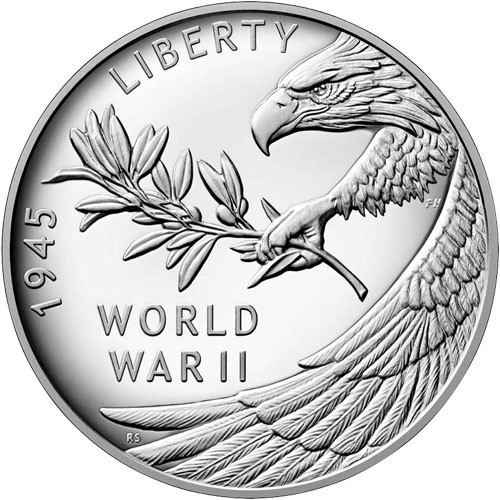 From 1939 to 1945, the world became engulfed in the Second World War following Nazi Germany’s invasion of Poland and aggressive expansionism in Europe. Combined with the expansionist policies of Imperial Japan in the Pacific Rim, the vast majority of the world’s nations and all of its major powers were pulled into a great conflict that claimed nearly 73 million lives between civilians and military personnel. Today, 2020 1 oz Silver End of World War II 75th Anniversary Medals are available to you online at Silver.com.

There were several major events that pulled the world into the Second World War from 1935 to Germany’s invasion of Poland in September 1939. First, Italy invaded Ethiopia on the African continent in 1935. Then, Spain descended into a Civil War between Republican Spain and Nationalist rebels. In 1937, Japan invaded mainland China, resulting in later border conflicts with the Soviet Union. It was Germany’s invasion of Poland, however, that pushed the world over the line into a full-blown global conflict.

All of 2020 1 oz Silver End of World War II 75th Anniversary Medals available at Silver.com come with protective acrylic capsules. The capsules protect the silver medal and the duo is housed together inside of a US Mint blue presentation box with a themed shipper. All of the silver medals come with a Certificate of Authenticity.

The obverse side of the 2020 1 oz Silver End of World War II 75th Anniversary Medals features a depiction of the American bald eagle. Symbolizing peace, the eagle flies into view with an olive branch twig in its talon. The inscriptions include the name of the conflict and the final date of the war.

On the reverse face of the 2020 Silver End of World War II 75th Anniversary Medals, you will find an image based on the 1945 World War II Victory Medal. The design includes the dangling branch of an olive tree branch as the sun reaches its noonday peak. The inscription on this face identifies the commemorative moment honoring the end of the war three-quarters of a century later.

Please don’t hesitate to contact Silver.com if you have any questions. Our team is available to assist you at 888-989-7223, chat with you live online, or respond to your written inquiries via email.