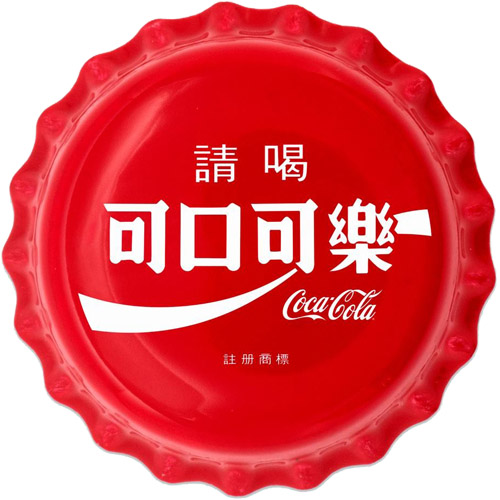 One of the more popular collectible coin designs of 2020 has been the Coca-Cola bottle caps from the nation of Fiji. Introduced in 2018 as a generic Coca-Cola bottle cap silver coin, the 2020 Global Edition introduces new designs with each release that feature the famous “Coca-Cola” white script logo in a different language. Each one is meant to reflect the appearance of a Coke bottle cap as distributed in a given country. Today, 2020 6 Gram Silver Fiji Coca-Cola Taiwan Bottle Cap Coins are available to you online at Silver.com.

In 2018, the first Coca-Cola bottle cap coins were introduced. The series is distinctive in its design, with each silver coin for sale looking just like a bottle cap that would top a glass bottle of Coca-Cola. The original release in 2018 featured only the English inscriptions as you might find on a Coca-Cola bottle at a US retailer. The 2020 Global Edition brought the same format back to the coin design series, but offered one-of-a-kind inscriptions representing Coke bottles as distributed in different nations around the world.

All of the 2020 6 Gram Silver Fiji Coca-Cola Taiwan Bottle Cap Coins available to purchase here today are brand new from the mint. The coins have proof visuals that include frosted elements and mirrored fields. The coin itself is set in a protective seating inside of a red, commemorative Coca-Cola tin. The lid of the tin, like the coin, reflects the color and shape of a Coca-Cola bottle cap. Included with your purchase is a Certificate of Authenticity.

On the obverse side of 2020 Silver Fiji Coca-Cola Taiwan Bottle Cap Coins is an image of the Coca-Cola logo. While you can see the iconic white-script logo in English on this face of the coin, the more prominent inscription is that of the Chinese language version of the logo that would feature on Coke bottles distributed in Taiwan.

The reverse face of the 2020 6 Gram Silver Coca-Cola Taiwan Bottle Cap Coin bears the national coat of arms for Fiji. This design incorporates a number of different Fijian symbols, such as the Polynesian outrigger canoe above and the native Fijian figures supporting the shield. The shield itself has a quartered field split by the cross of St. George.

Please contact Silver.com if you have any questions. Our team is available to assist you on the phone at 888-989-7223, online through our live chat, and via our email address.