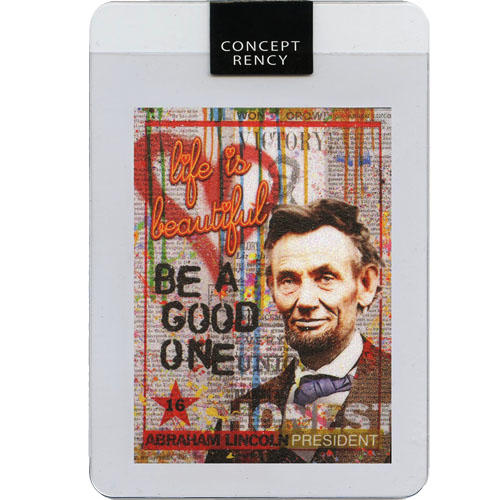 As of 2021, 46 individuals have held the title of President of the United States of America. While a handful have been high-profile figures forever remembered for their actions in office, many others have largely been forgotten by history. Few, if any, proved as divisive in their day as President Abraham Lincoln. Though tensions were already simmering, the very election of Abraham Lincoln in 1860 was the final catalyst that split the nation between the Union and the Confederate States of America. Today, Abraham Lincoln Presidential Collector Cards are available to you online at Silver.com.

President Abraham Lincoln’s election was deemed such a threat to the policies of southern states that 11 of those states seceded to form the Confederate States of America. The result was the bloody United States Civil War from 1861 to 1865, a conflict that is estimated to have claimed more than 650,000 lives, with an estimated 1.5 million people in total listed as casualties.

All of the Abraham Lincoln Presidential Collector Cards available in this product listing come with individual plastic sleeves. The cards are enclosed in the sleeves and come with a unique serial number, the signature of Rency, and boast a diamond-encrusted finish on the obverse.

On the obverse of the Abraham Lincoln Presidential Collector Card is a depiction of President Abraham Lincoln. As President of the United States of America, Lincoln is remembered for more than just his steadfast leadership of the Union during the Civil War. Known to many as a great orator, he delivered two powerful addresses during his time in office. The first was the Emancipation Proclamation and was followed later in the same year by the Gettysburg Address.

The reverse side of Abraham Lincoln Presidential Collector Cards, you will find details on the series release and the artist behind the collection, Rency. Though Rency’s real identity isn’t known, the artist’s works are well-known in pop culture.

Please contact Silver.com with any questions. You can call us on the phone at 888-989-7223, chat with us live online, or email us directly.