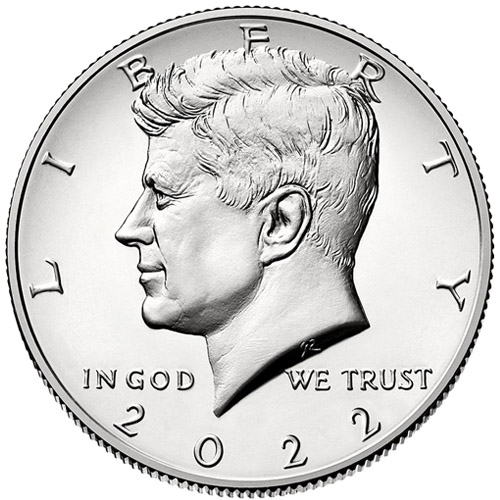 For nearly two centuries now, the United States Mint has issued the nation’s smallest denominations of coinage on an annual basis. The US Penny, Nickel, Dime, Quarter, and Half Dollar are deeply entrenched in the history of US currency and it has been more than a century, in some cases, since these coins were drastically overhauled by the mint. Even the newest of the designs, the JFK Half Dollar, is nearly 60 years old. Right now, Colorized JFK Half Dollars are available to purchase online from Silver.com.

Each Colorized JFK Half Dollar available here at Silver.com comes with a plastic capsule and a Certificate of Authenticity from the Merrick Mint. These actual legal tender US coins are 2022-dated specimens that the Merrick Mint has enhanced. Each coin has beautiful colorization added to the reverse design field that presents the modified presidential seal in a new light.

The current US dollar coin in circulation is the youngest coin design, but is not widely circulated or used in commerce. The JFK Half Dollar is the next youngest coin, having been designed and released by the US Mint in 1964. The other denominations of US coinage are much older. From next-youngest to oldest, these coins have one or both designs that date to 1945 on the US Dime, 1938 on the US Nickel, 1932 on the US Quarter, and 1909 on the US Penny, though the original reverse of the 1909 Penny has since changed.

The obverse side of these Colorized JFK Half Dollars comes with a left-profile relief of President John F. Kennedy. Both designs on the Kennedy Half Dollar were created by Chief Engravers of the US Mint. This portrait of President Kennedy was modified for the Half Dollar in 1964 by Gilroy Roberts, who was then serving in his final year as the 9th Chief Engraver of the United States Mint.

On the reverse face of Colorized JFK Half Dollars is the image of the modified presidential seal. This design was created in 1964 for the Half Dollar by Frank Gasparro, the man who would go on to serve as the 10th Chief Engraver of the United States Mint from 1965 to 1982. The colorization on this side of the coin brings red, white, and blue to the US national shield, brown feathers to the eagle with white on the head, green to the olive branch, and blue to the background field.