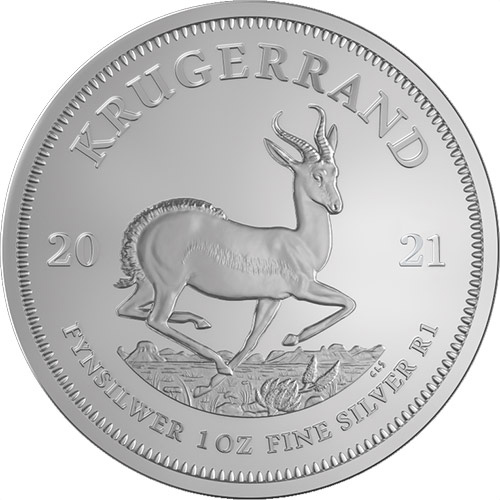 In 2017, the Rand Refinery and South African Mint introduced a Silver Krugerrand for the first time. This release included a Proof Silver South African Krugerrand that had a 50th-anniversary mark within the reverse design field and boasted a maximum mintage of only 15,000 collectible silver coins.

The 2017 release also featured a precursor to the Silver Krugerrand becoming an annual-release Brilliant Uncirculated coin. The 2017 version of the investment-grade silver coin was Premium Uncirculated specimen that was produced using the highest quality of refined silver and new laser-etching technology to bring out distinctive design elements. This coin had a cap of 1 million specimens. The popularity of both coins resulted in the 2018 debut of a new annual-release Silver Krugerrand.

Silver.com customer service is available to assist you on the phone at 888-989-7223. We are also available to you online using our live chat and email address features.