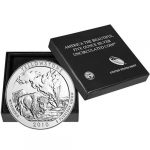 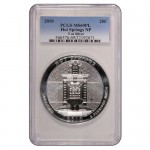 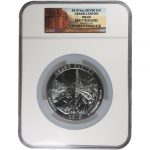 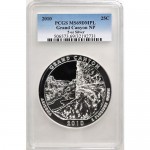 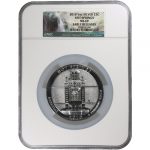 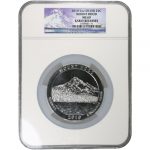 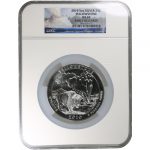 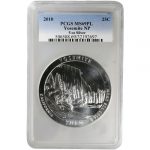 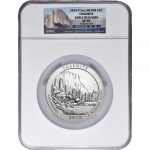 Given the incredible popularity of the state quarters program from the United States Mint, Congress authorized the production of a brand-new coin series to honor the nation’s protected forests, parks, and monuments. Featuring unique designs for each of the states, territories, and federal districts in the United States, the America the Beautiful coin series first debuted with the release of the 2010 Silver ATB Coins, available now on Silver.com.

The state quarters program ran from 1999 to 2008, and featured a unique landmark, cultural icon, or other representation of each of the 50 US states. In 2009, the US Mint extended the program to cover the District of Columbia and US territories. The program featured unique designs on the reverse side of standard, circulation quarters. Building on the demand for those coins and unique designs, Congress passed the America’s Beautiful National Parks Quarter Dollar Coin Act of 2008.

The America the Beautiful coin series is scheduled to run from 2010 to 2021, with the Secretary of the Treasury holding the power to extend the program to 2033. Each year, the US Mint will release five new coin designs. In total, the program will depict a national park, national forest, or notable monument from each of the 50 US states, five national territories of Guam, Northern Mariana Islands, American Samoa, Puerto Rico, and the US Virgin Islands, as well as the federal district of Washington D.C.

On the reverse side of each coin you’ll find a unique design representing the jurisdiction in question. The obverse side of each coin bears the left-profile portrait of the nation’s first elected leader, President George Washington. His left-profile bust was refined in 1932 for use on American quarters by John Flanagan, and was inspired by a 1786 original sculpture from William Cousins.

The America the Beautiful coin series debuted in 2010. As with all years in the program, just five designs were released for the year. The collection of designs available in the 2010 Silver ATB series includes the following:

On Silver.com you’ll find a wide variety of 2010 Silver ATB Coins. For those unfamiliar with the terminology used by the major certification companies in the world, namely the Numismatic Guaranty Corporation and the Professional Coin Grading Service, a brief explanation of the condition of coins available on Silver.com is featured below:

Purchasing, Shipping, and Insurance through Silver.com

When you purchase a 2010 Silver ATB coin from Silver.com, you have multiple payment methods available to complete your transaction. We accept all major credit and debit cards, with a maximum of $5,000 per order.

Once your payment has been processed, your order proceeds to our shipping queue for fulfillment. Your products ship in discreet packaging to protect the contents of the package and increase the security of your package during shipment. Silver.com offers a tiered shipping schedule that offers affordable pricing for all shipments via the US Postal Service and UPS. All orders exceeding $3,000 in value ship for free, with free insurance, as well.

If your package is lost, stolen, or damaged in transit, we work closely with the carrier to recover your package, exchange damaged products, or file an insurance claim to provide you with a full refund of your purchase price.

If you have any questions about 2010 Silver ATB coins, payment methods, shipping, and insurance, please feel free to contact a Silver.com associate. You can reach our team members on the phone at 888-989-7223, online through our live chat feature, and via our email address.