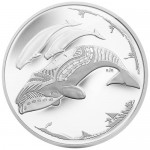 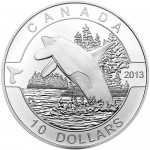 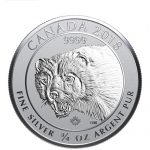 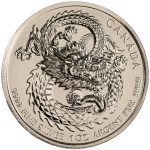 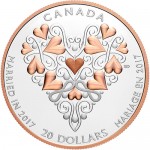 Canada conjures to the mind images of maple leaves, hockey, and beautiful natural landscapes. While fascinating coins may not be the first thing you think of when it comes to the United States’ northern neighbor, Canada does issue some limited edition silver coins that any collector would proudly add to their collection.

When you look at a nation’s currency, you see its history. Rome had coins with Ceasar’s image on it. U.S. currency features prominent people like Abraham Lincoln and George Washington. Canada is no exception to the rule — in fact, the country takes it a step further.

Why People Collect Them

Numismatists are detail-oriented people who appreciate that minting coins is an art and that coins do more than give people a convenient way to tip their baristas. Coins tell a story.

To help these coins tell their story in a beautiful way, the Royal Canadian Mint takes extra care in crafting these pieces. To achieve a flawless impression, the company strikes a collector coin up to three times. For special coins, it employs advanced technologies such as double holograms, coloring, and laser enhancement. Because so much care goes into crafting these little pieces of national history, their true value far exceeds their face value. They become even more precious as time passes and their historical significance increases.

Especially valuable are the graded limited edition coins, which experts have verified hold a certain quality. If you buy a new limited edition graded coin, you can expect a product in mint condition.

Every year, the RCM produces a limited number of silver bullion coins it sells for $20 — all of which have a face value of $20. These affordable 27mm coins celebrate different seasons and wildlife. For example, the RCM has a 2014 summertime edition coin that features an elegant Canadian goose. In late 2013, the company released a design honoring Santa Claus.

This series of 1 oz silver bullion coins concluded in 2013, but collectors are still hungry for these beautiful pieces. The series pays tributes to some of Canada’s most outstanding wildlife. The six animals featured in the series are: grizzly bear, wolf, cougar, moose, antelope, and wood bison.

Like the various $ for $ series, the Wildlife Series seeks to draw attention to Canada’s endangered natural beauty. For example, the wood bison was nearly wiped out of existence by the early 1900s, but today there are thousands of them that inhabit Canada’s picturesque landscape.

All Silver Maple Leaf Coins celebrate the nation’s emblem. It’s obvious that the RCM takes pride in crafting them since these coins are made with cutting edge security features like micro engraving. Therefore, Silver Maple Leaf Coins are very difficult to forge and are a top investment choice for those with an interest in precious metals.

The Birds of Prey series is another newbie on the Canadian limited edition coin scene. The first in this four-coin silver bullion series is a 2014 creation and features an elegant depiction of a peregrine falcon. The series will finish in 2015, and each coin will have a maximum mintage of one million.

Canada wants to boast about its remarkable indigenous wildlife, and one of the primary ways it does that is by honoring beautiful animals on the faces of expertly crafted bullion coins. Investing in wildlife conservation is worth it, and so is investing in these exquisite coins. Browse Silver.com to find limited edition Canadian coins to add to your collection.