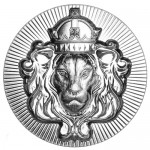 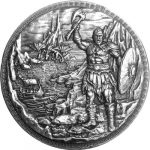 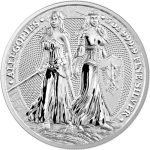 Investors and collectors have flocked to silver coin programs in the past 20 to 30 years as sovereign mints around the globe churn out one beautiful design after another. With a lot of attention on the production and value of silver coins, many investors have overlooked the beauty and value of silver rounds. Silver rounds are produced primarily by private mints around the globe, including numerous locations in the United States, and offer an excellent entry-level investment option for those looking to get their feet wet for the first time.

While silver coins are produced at sovereign mints, feature a face value, released into circulation as a legitimate form of money (in some cases), and enjoy status as legal tender, silver rounds lack many of these features. Silver rounds are largely produced by private mints, often lack a mint mark, bear no face value, and are not acceptable as payment in monetary transactions.

One key facet of silver round production is the use of beloved historic designs on the reverse and obverse sides of the round. Among the most popular designs used today are James Earle Fraser’s Indian Head Nickel, Adolph A. Weinman’s Walking Liberty Half Dollar, and the Incuse Indian design from the early 20th century.

In 1913, James Earle Fraser created a new image for use on American nickel coins. His Indian Head design, also known as the Buffalo Nickel, featured the right-profile portrait of a Native American chieftain, and the depiction of a famous buffalo from New York City’s Central Park Zoo.

Fraser is rumored to have used the images of three real-life chieftains from native tribes to the continent as the inspiration for his chieftain design on the obverse side of each 5 oz Silver Round. Rather than creating a random image, Fraser combined the facial features of all three men to develop his image. On most silver rounds, the chieftain’s bust is featured along with the lone engraving of “Liberty.”

The reverse side of all rounds features an image of Black Diamond, a resident of the Central Park Zoo in the early 20th century. The massive land mammal, North America’s largest such creature, is featured atop a small batch of dirt. Engravings on this side vary from one mint to the next, but often include the name of the mint above the image, and the round’s weight, purity, and metal content.

The obverse side of the coin features a depiction of Lady Liberty, clothed in a full-length robe and wearing an American flag on her shoulders, as she walks toward the setting sun. The imagery is meant to represent the nation’s constant march toward a brighter future. Engravings commonly include “Liberty” above her image, and “In God We Trust” at her feet.

On the reverse side, the imagery is often that used on the original Walking Liberty Half Dollar. In it, a bald eagle is perched at the edge of a cliff with its wings spread wide in preparation for flight. Again, engravings can vary by mint, but often include the mint name, the purity and metal content, and the weight along the bottom.

Finally, the Incuse Indian Head design is featured on some 5 oz Silver Rounds. The Incuse Indian first appeared on US gold coins in 1908 as a replacement for the long running Lady Liberty designs that had appeared on gold coins of multiple values since the late 1830s. Contrary to previous designs, the Incuse Indian design gets its name because the design features are all stamped into the surface of the coin rather than engraved above it. This design approach is known as sunken relief.

The obverse side of these 5 oz Silver Rounds bears the left-profile portrait of a chieftain in full headdress, with 13 stars around the image representing the original American Colonies. “Liberty” is engraved above, and in many cases the final production year of 1929 is engraved below. The reverse side features the image of a bald eagle used on the original Incuse Indian Gold Coins, as well as the Peace Silver Dollar. The image features a bald eagle at rest upon a perch of arrows, which are wrapped in an olive branch. This depiction represents a nation at peace, but always prepared for war.

There are too many mints that produce 5 oz Silver Rounds to provide an in-depth review of all of them at this point. However, some of the most common producers include the Franklin Mint, Northwest Territorial Mint, and Sunshine Minting Inc.

Franklin Mint was founded in 1964 in Pennsylvania, and has struck coins on behalf of foreign governments, produced novelty items, and now focuses on the production of silver rounds with historic images.

Northwest Territorial Mint is located in Washington and is one of the more well-respected private mints in North America. The mint is most famous for producing custom-minted rounds for military units in the US, but also manufactures gold and silver rounds and bars for retailers.

Sunshine Minting Inc. is one of the most popular silver round producers in the country. In addition to a variety of 5 oz Silver Rounds, it is famous for producing 1 oz Silver Rounds that mimic the appearance of the famed American Silver Eagle coin produced by the United States Mint.

Silver.com strives to provide a simple and clear purchasing process for all investors and collectors interested in 5 oz Silver Rounds. As such, we accept a variety of payment methods that include Visa and MasterCard credit/debit cards, paper checks, PayPal fund transfers, and bank wire transfers. PayPal and bank wire transfers process the fastest, with paper checks taking the longest at an average of four to six business days.

We also offer a tiered shipping scale that makes shipping costs affordable, with each amount determined by the total purchase price. For those purchases exceeding $3,000, Silver.com offers free standard shipping and insurance. All packages are shipped in discreet boxes to protect the identity of your products, and are delivered courtesy of the United States Postal Service or UPS.

If you have questions, we encourage you to reach out to a Silver.com associate. You can call us at 888-989-7223, connect with us online through our live web chat, or send us your questions in an email.