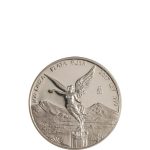 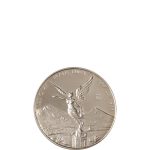 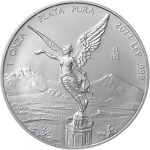 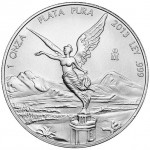 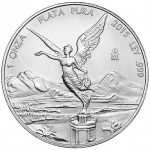 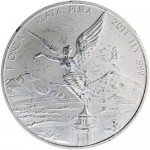 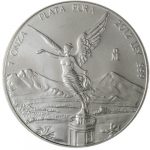 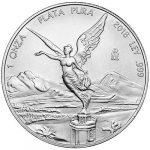 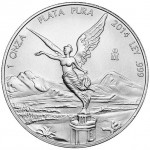 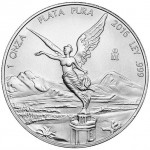 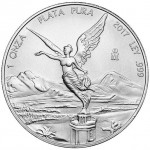 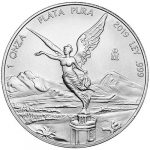 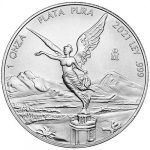 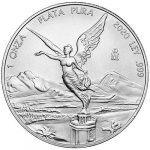 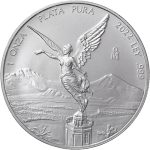 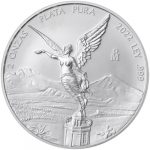 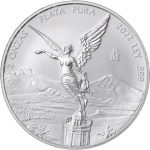 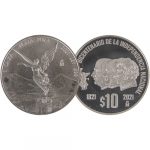 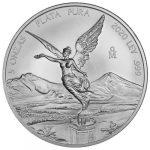 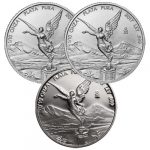 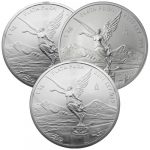 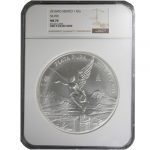 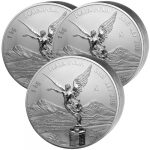 Experienced coin collectors and new silver investors alike can’t go wrong by investing in the silver Mexican Libertad. With multiple sizes available, the Libertad is a beautiful coin that fits nicely in with investments like the Silver Eagle and the Chinese Silver Panda.

Coins are ideal for new investors because of their small sizes. Unlike silver bars, which can be large and difficult to store, coins are small and easy to store, liquidate, and beautiful to display. Silver.com offers you the best choices when it comes to selecting and purchasing Silver Mexican Libertads.

The Story of the Mexican Mint

The Mexican Mint has a long history. The Spanish Crown wanted to create the first mint in the Americas, so the crown decreed the establishment of the mint, which Viceroy Antonio de Mendoza carried out in 1535. It wasn’t until 1569 that proper facilities were built for the mint, however.

The mint’s first coins were silver and hammered, which meant they were variable in size and quality. The first gold coins minted in the entire region came in 1679, and these high quality products circulated far beyond New Spain, reaching halfway across the globe to Asia.

The Independence War, relations with Spain, and relations with Great Britain caused upheaval with the mint in the 19th century, but in the last decade of the century, the mint finally settled into the Mexican government’s hands, where it has remained ever since.

It wasn’t until 1982 that the Libertad was introduced. The Libertad is an investment-grade bullion coin with a design that speaks of the rich history of the Mexican Mint. Minted in silver, it offers collectors and investors an inexpensive way to add valuable silver to their portfolios. The Libertad is .999 pure silver and weighs one troy ounce.

The Libertad’s design has changed a few times since it’s original design in 1982, though the same images have been depicted on each design making the Libertad unique and easily recognizable. The design on the reverse of the coin came from the gold Centenario, which was minted between 1921 and 1947, and offers a re-imagining of a classic Mexican coin image. Here, you will find a statuesque figure known as Winged Victory.

In the 90s, the Libertad underwent a few redesigns. The original obverse design was the Mexican coat of arms, which features a Mexican eagle holding a snake in its beak while perched on a prickly pear cactus. The design changed in 1999, shrinking the coat of arms to a smaller area in the center of the coin. Now 10 historical coats of arms surround the eagle.

The reverse of the coin shows a winged angel Victoria balanced on one foot with her wings outstretched. In the original design, the angel is facing completely forward. In 1996 the angel of Victoria changed to show her partially from the side in the same pose. The text denoting the weight and purity of the coin also moved from a central location on the back of the coin to arching around the edge.

Silver Libertads are available in various sizes. The largest is 1 kilogram, and the smallest is 1/20th of an ounce. Sizes in between include 5 ounces, 2 ounces, 1 ounce, half an ounce, a quarter of an ounce, and 1/10th of an ounce. The most popular and readily available size, by far, is 1 ounce. When the Libertad was first introduced, only the 1 ounce size was available. It wasn’t until 1991 that fractions of ounces were minted. 1996 was when the 2 and 5 ounce sizes became available, and the kilogram size was introduced in 2002.

Investing in the Libertad

The Mexican Libertad is a great choice for investors, because it is an affordable option for those interested in purchasing silver bullion. Libertads are made of high quality .999 silver and are beautiful and recognizable coins. The original Libertad designs are worth slightly more because there were fewer of them minted, and because they can no longer be reproduced. This makes them nice additions to any coin collection.

The Silver Mexican Libertad is a great investment opportunity, and Silver.com will help you find the size and quantity you need for your collection, whether you’re just starting out or adding to an existing investment. Check out the Libertad today and start investing!